Twillingate is a fishing community on Twillingate Island. A number of bridges and causeways join islands in a chain known by the tourism tag, Road to the Isles. At a bit over an hour’s drive, this is, in my opinion, the hub of Iceberg Alley.
Sunday, April 14 we took a jaunt to Twillingate to check for icebergs. We didn’t have much luck with bergs but saw lots of ice and high seas. Winds packed ice in as far as the causeway in Gander Bay. 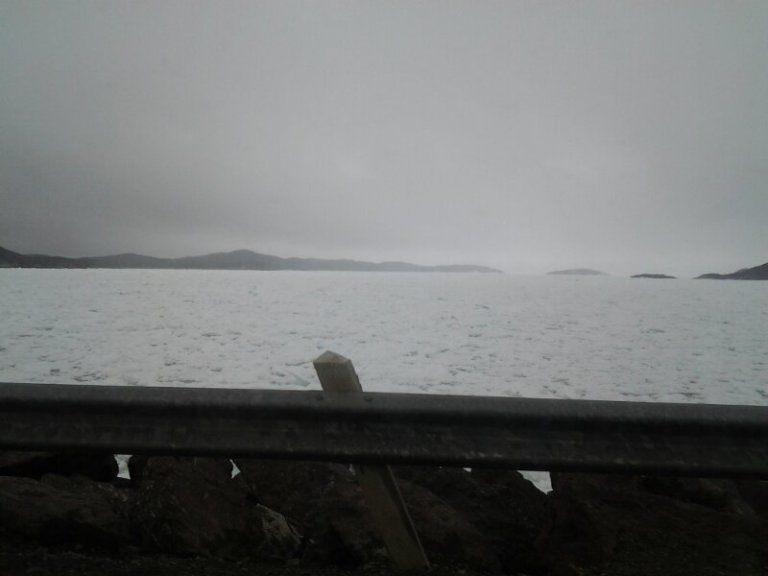 Teased by a great picture from The Crow’s Nest Cafe facebook page a week later, we went back to be sure of a berg and have a great coffee and dessert as a bonus.

As the week before, we drive through Twillingate and Crow Head and go to the lighthouse at the end of Highway 340. Rough seas and pack ice from April 14 are gone. 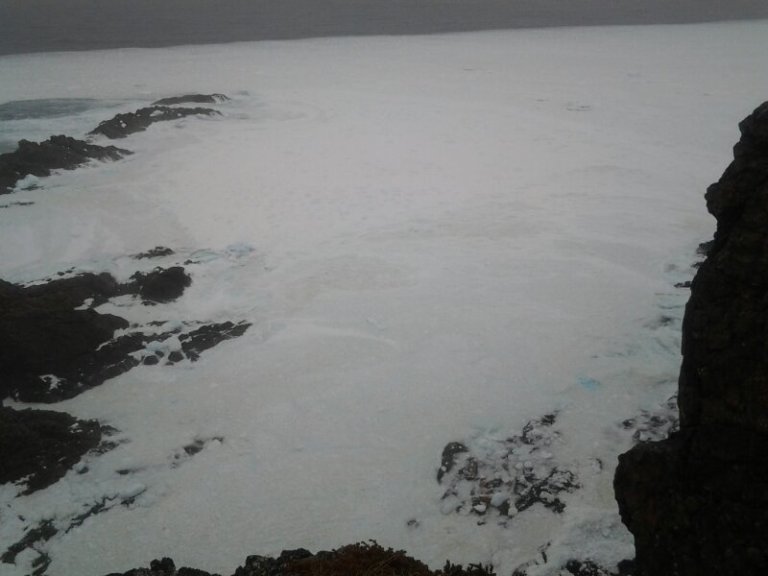 Nothing but water and sky as far as the eye can see. This is an phenomenal view 365 days of the year despite the winds. But no icebergs so we back tracked towards Crow Head.
Newfoundland is known for unique place names and the hiking trails around Twillingate add to the mix.

We’re assuming the cut in the cliff in the opposite side of the cove is Nanny’s Hole. Might even be a sea cave. Last week there was a small iceberg and huge seas. The waves were massive and powerful. Even with high winds, todays seas were calm and the iceberg had been carved into an organic sculpture.

As we approached the Crow’s Nest Cafe I realized the iceberg was no where to be seen only 4 hours after their post! It should have been right over the peak of the house! What? Photoshop? Urban legend? How could this happen? 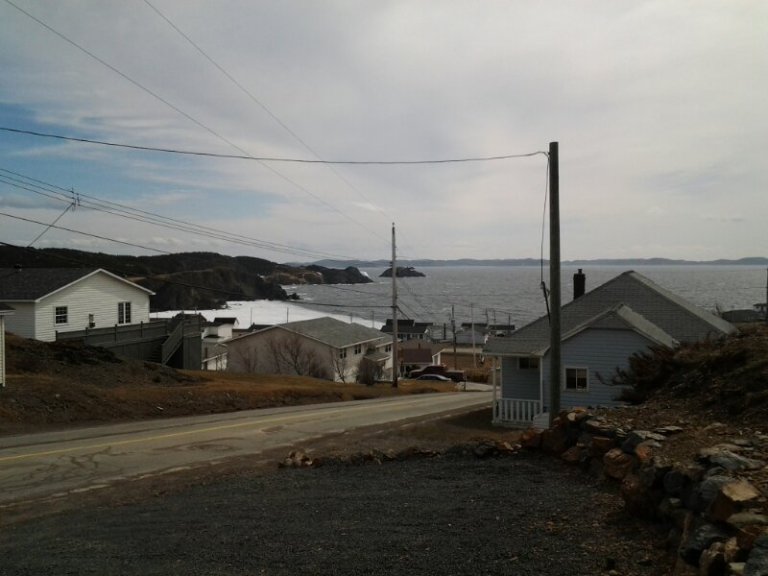 A scan of the horizon showed a glimpse of the ice mountain hiding behind a large cape. Breathe and order a cafe au lait. All is right in the Twillingate tour. 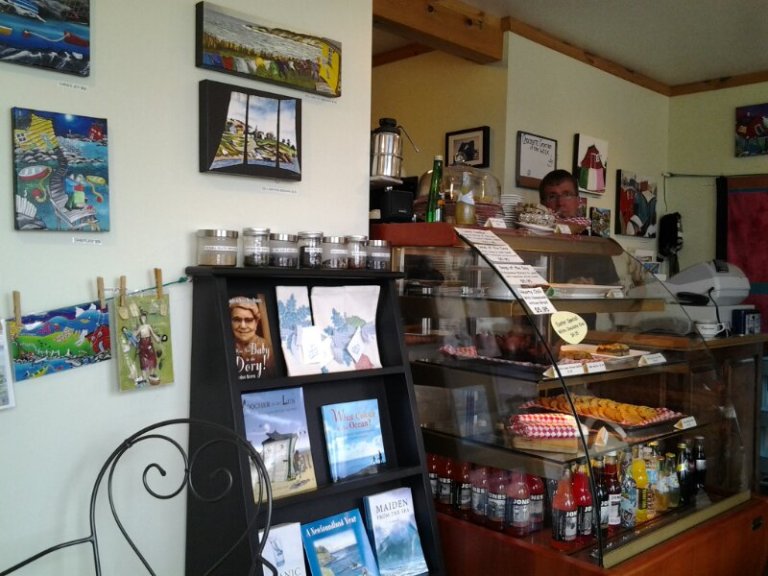 This cafe is a fairly new venture, I think in it’s third year. They have kept winter hours Fri to Sunday which is greatly appreciated by locals and visitors alike. I had a hard time getting a picture between customers. Teens having chili for lunch. A French toddler asking for her ginger cookie by saying the one “avec le sucre” and a couple of couples touring from Gander Bay joking that tourist season doesn’t start there for two more weeks. A Hikers muffin, peanut butter chocolate revel bar, coffee and a cafe au lait didn’t leave enough for a tip from ten dollars and they certainly deserved the added tip.
Warmed by great coffee and fortified by homemade muffins and squares, off we went again to try to get my ice fix.
This berg was determined to play hide and seek. We drove through several small communities and a couple of backyards but I didn’t manage to get close.

I did however discover the amazing photographs of the Twillingate and the Isles Photography Group on Facebook. Check out their pictures April 21, 2013 to see what I couldn’t quite get to.
Twillingate has lots to offer. New this summer is Fathom Theatre one of many artistic endevours, including dinner theatres, singing and painting and photography. The museums in Twillingate and Durrells are both excellent, featuring artifacts and local history.