It’s another exceptional year to see icebergs in Newfoundland. Everywhere!

When we arrived at the Gander Bread Box they informed us we were an hour early and wondered where we we heading. After a quick visit and breakfast, we were off. 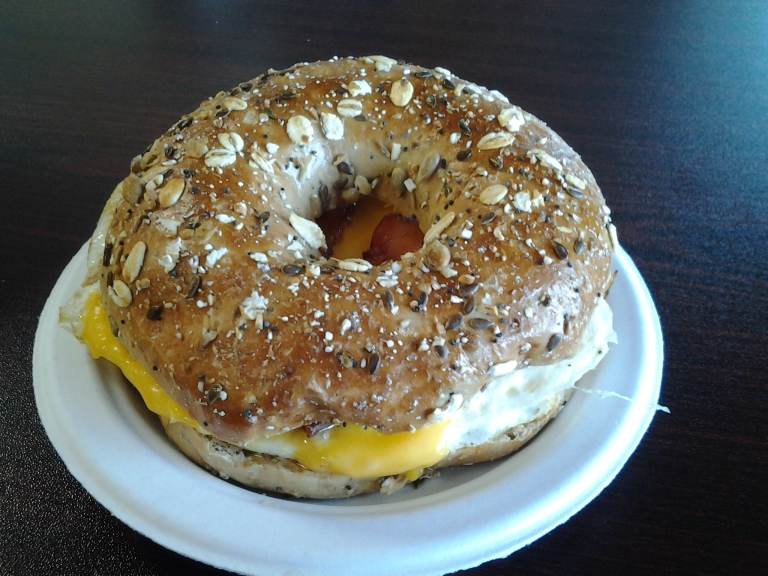 Last weekend we made a quick run to St. John’s.

We had one of those offers you can’t refuse. BBQ and a night of playing cards with family.

It was also a great excuse to spend another night at the JAG Hotel, our new St. John’s spot. We have recently  conceded that a Costco membership does indeed save us money and we certainly cook and eat better when we can get good quality produce so it was a shopping trip too.

Arriving in town, something reminded us of Halliday’s Meat Market and we decided to stop there before going to the hotel. This business is a cornerstone of St. John’s business history and continues to operate on the corner of King Street and Gower Street. This is their 101st year in operation! We often say we should go there sometime but don’t. We were a bit hungry when we stopped with white pudding in mind. One thing lead to another and we now have 3 kinds of sausages in the freezer and also purchased some delicious homemade headcheese. A box of Purity Cream Crackers and some chilled brown bottles and we were all set.

This is only our third time at the JAG but the valets recognize us and greet us as returning friends. Recception is outstanding here and when I gave my name, the girl said, you’re the lady with the blog.

Yep. Famous. (In at least 6 places in Newfoundland on the right day.)

I do offer my ‘business’ card with blog details to people who work in hospitality and tourism. Often, they have not have the opportunity we have to tour the province and it’s a place they might want to look to learn about other areas of the province.  Sounds like some of the JAG girls had taken the suggestion.

The hotel was very busy with a Counting Crows concert at the Convention Center across the road. We had a lovely room on the third floor but the fifth floor really shows off the city. The added height adds to the remarkable city and harbour view. I’d recommend it to someone visiting the city for the first time because it is a view you will study and appreciate with the Bascilica, The Rooms and Cabot Tower all on one window.

We stocked our mini fridge with Hallidays delights and headed to the Exile dining room.

This is a trendy hotel with a hip music theme. I love the play lists. I could pound out some great university assignments to a sound track like that or linger a bit too long in the lounge. Good thing I’m no longer a student in case I tried to multi-task.

Our server was lovely and made a great wine recommendation. Leo went for the JAG burger and I tried the lunch special, Moose Tacos. The JAG features moose on both breakfast and lunch menus and also carries some Hallidays meats according to the girls who were working the front desk.

After a late lunch and a quick nap we were ready to be wisked away to our family game night.

Leo’s daughter Lisa and her boyfriend John are great hosts. We met John’s parents visiting from Ontario and we arrived empty handed to a great feast. With John, Lisa and Leo celebrating birthdays in the same week, a great homemade carrot cake was the perfect way to settle the meal. A few hands of cards and some good fun made the evening pass way too quickly.

You know it’s a good time when you get home, reach into your pocket and find someone else’s keys. And wallet. Hmm. This isn’t my coat.

We need to do this more often.

Exile restaurant and lounge was completely filled up when we arrived back at the JAG after mid-night. I don’t know if it was a late food menu to just the atmosphere but this is one popular place after only opening in December. That’s why they made the blog again!

We ease into Sundays. Coronation Street, cheese, apples and Bread Box tea buns and Halliday’s headcheese in a King sized bed. Slow and easy and then hit the ground running for check out at 11 a.m.

It’s another exceptional year to see icebergs in Newfoundland. Everywhere! Even from room we watched the steady stream of cars climbing Signal Hill to look for bergs. With returning a coat added to our list of things to do today, we didn’t have time to do any touring around town this time.

Efficient and on task we were in and out of Costco in an hour. Record time and in the care before 1 p.m. Suddenly remembered breakfast and home were a long distance away from each other and looked for a place to eat.

Initially, we stopped in a strip mall on Torbay Road and thought about a quick Tim Horton’s meal. Then looking at the options in the area we realized there were a lot of cars in front of an independant restaurant so decided to check it out. A new favorite breakfast spot if toutons are on the list of things to do. 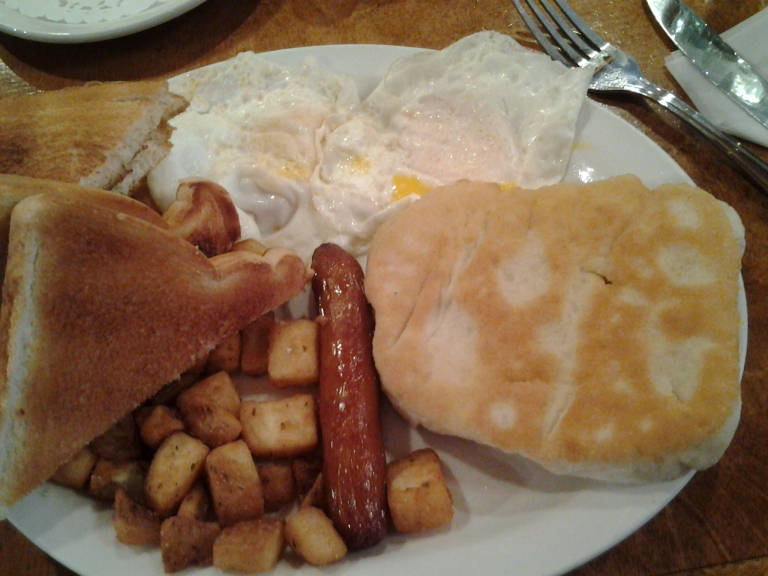 With a month’s supply of food in the car we also stopped around 4 p.m. at the Ultramar Restaurant in Goobies to pick up sandwiches. Breen’s makes the best turkey sandwiches on homemade bread. A top up of gas and we had just what we needed for a detour after Terra Nova Park.

In an attempt at sharing the wealth and information, I created a Facebook page called Newfoundland Iceberg Reports and have had a positive response beyond my expectations. Friends and strangers are generously posting current pictures and sharing locations to facilitate others finding just the right spot to see breath-taking views. Thank again to everyone who continues to share so generously.

A post on Iceberg Reports from Salvage showed a huge iceberg in that area. We took a drive down and could see 5 bergs at the distance at one point and as the road twisted and turned around the coast they were eventually hidden behind a large island. I hate it when that happens. A turkey sandwich by the sea and a great weekend was now perfect.

Knowing all the tricks we did manage to get a great view of a mammoth tabular iceberg in the mouth of Salvage Harbour. My tablet can’t do it justice but a picture taken a day later by Tammy Goulding-Denobrega certainly does. The fog hides it a bit but there is no denying hugeness of this ice.

See more of her great photography here on her Facebook page.

It’s Sunday morning again as I post. Coronation St. on tv, Hallidays sausages and potatoes roasting in the oven and Greenspond and Newtown on the radar for later today. Life is good. Enjoy the ride.

Newfoundland Iceberg Reports on Facebook welcomes new members interested in posting or following iceberg sightings from one end of the province to the other.