The first thing that strikes you is the number of boats of various sizes that pass your view from the Bread and Cheese Inn. Bay Bulls still has fishing but also a lot of tour companies offering whale, puffin and iceberg viewing, depending on the time of year and your luck. In addition to the smaller vessels, large ships like the Happy Ranger above sailed past our window. This is a supply vessel taking huge spools of cable or hose to the oil patch.
This adventure was inspired by Mega Catch online special, similar to the a Groupon groupon deal in the middle of winter. A Bed and Breakfast discount including dinner and a half dozen cold Quidi Vidi brews. Bread and Cheese Inn, here we come! 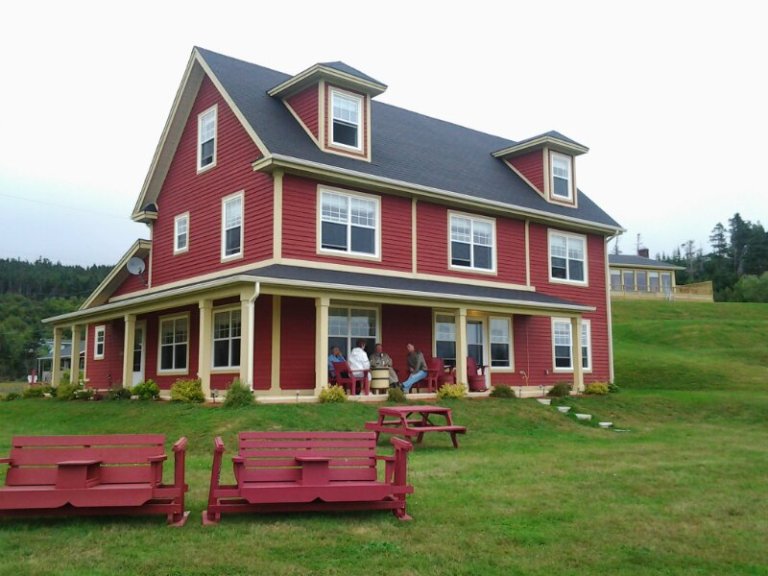 Dinner was tasty, served in one of two dining rooms. A full menu with four choices for each course. The dining room is open to the public so in addition to Inn guests, we had a table of whale watchers who came upon recommendation of their tour. We had some fun eavesdropping and eventually engaging in each other’s conversations and holiday plans between courses and then reconnecting for breakfast. 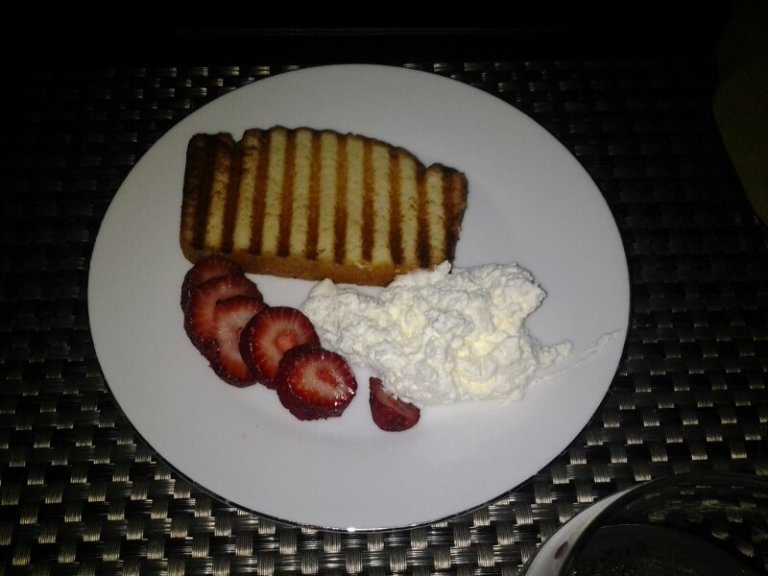 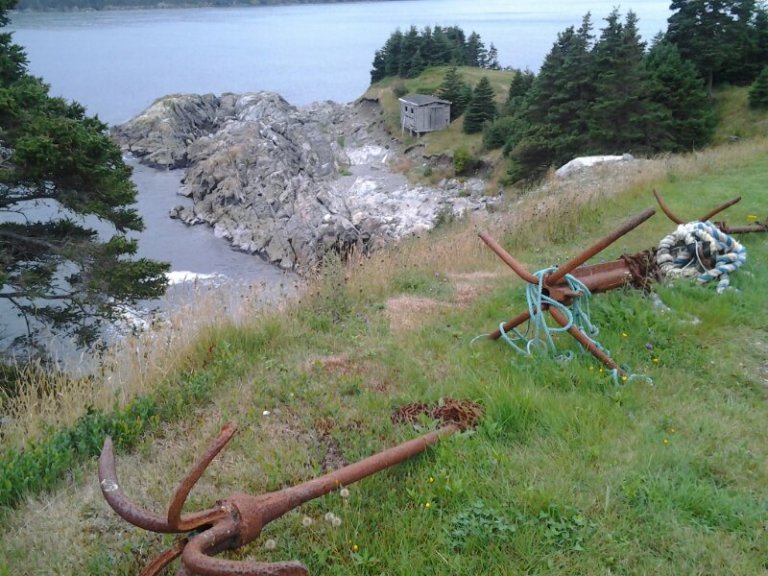 The property is ocean front with signs warning you about high cliffs. From the edge there are ever changing vistas as the tides and waves do their thing. This is an easy place to spend a few days.
Whale watching was booked with Mullowney’s Puffin and Whale Tours for noon so we drove through and around the neighbouring community of Witless Bay which seems to be experience substantial growth judging from construction of new houses and streets.
We checked out the competing tour companies and Gatheralls’s has the best selection of true Newfoundland crafts and arts mixed with the usual embroidered hats and jackets. O’Brien’s had the best food and that’s where we got great fish cakes and beans before our two hour tour.

It’s too late in the summer to see whales but we had an excellent guide explaining the bird colonies on islands in the Witless Bay Ecological Reserve. Puffins, murrs, gannets and comorants, along with different gull species live on these rocky Atlantic islands. Fledgling puffins leave their nests at night to avoid being a McPuffin meal for gulls in the day but get distracted or attracted by the lights in Witless Bay and can be found wandering in town. They navigate by the moon and street lights interfere with this now. True story! It was on NTV Evening News.

In addition to the bird watching, we were treated to an appearance of a sunfish. This unusual creature feeds on jellyfish and seems to be a marine oddity.

Check him out to the left of the photo.
Our two hour two lasted an extra half hour and we relaxed at the Inn for the rest of the day.
This was a great way to near the end of this beautiful summer. An hour from St. John’s, one could come for supper or a night and totally recharge the batteries.
And the bread and cheese at the Bread and Cheese Inn are great! Thanks for a great weekend…on a Monday and Tuesday!