Newfoundland schools don’t have a “Spring Break” for one great reason. Our spring comes months later than most places. We take an Easter Break. Sometimes it’s in March, sometimes April but we always end up coming back to snow. This year we had 43 cm of snow from Good Friday to Easter Sunday, April 1, 2013.
I spent the Easter week in St. John’s in a combination of meetings and holidays and moved between three hotels for reasons of convienence.
I picked the Murray Premises Hotel for my first couple of nights to allow me to twack the stores of Water street.

The Murray Premises have been renovated keeping much of the original architectural features such as beams and supports. Rooms are spacious and well appointed, with a mini fridge, locally made soaps, etc. Many rooms have jetted  tubs in the room or bathroom. A great continental breakfast is included in the rate with boiled eggs, cheese and yogurts along with the usual breads, cereals and juices.
This hotel puts you in the heart of old St. John’s and the great local shops and tourist traps. Local food, books, music and crafts are easily found on a stroll up and down Water Street.
One of my destinations this trip was the Water Street Variety. 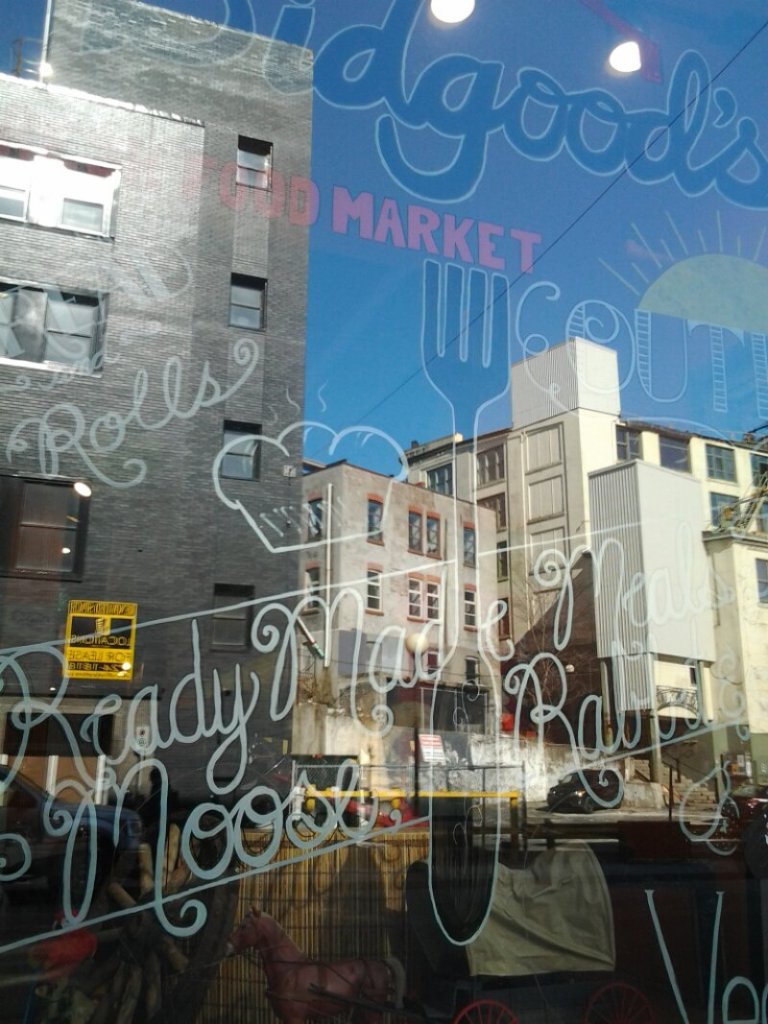 Bidgood‘s was established as a store in 1963 in the Goulds. Specializing in local berries and wild game ingredients to bake and cook delicous products they now allow their products to be carried downtown at the Variety store. Moose for example can be purchased bottled, as a salami, frozen or in meat pies. 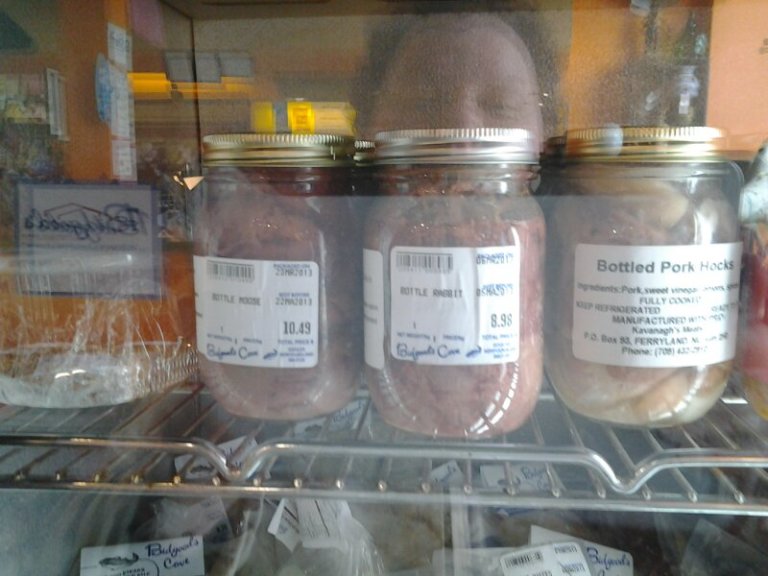 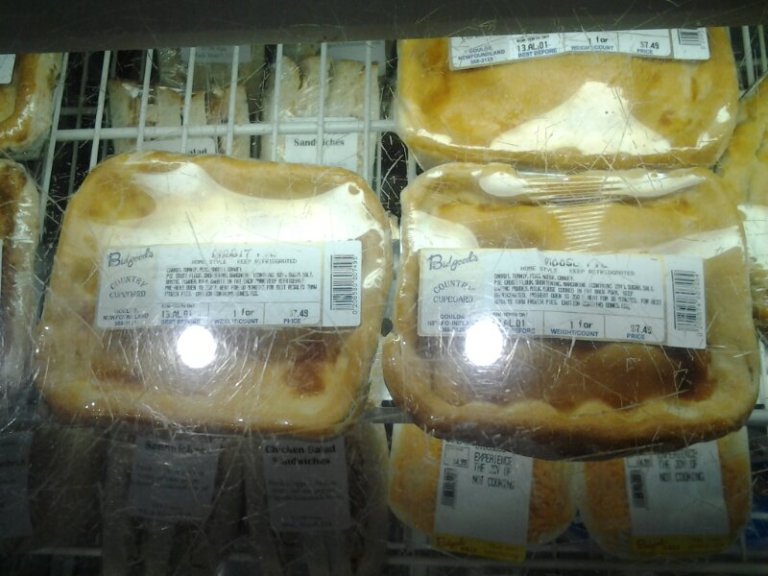 In addition to Bidgood’s products, local cheeses by Five Brothers Artisan Cheese can also be found here.
Another favorite food stop is Rocket Bakery on Water St. The former Auntie Crae’s location features homemade pastries, sandwiches, salads and breads. This is a great place to people watch, read the paper or pick up a meal for take out. Coffee and a dessert or a comfort food meal can be enjoyed in the meeting room adjacent.
To work up an appetite there are boutiques, gift shops, clothing stores, shoe stores and of course Natural Boutique and their great sealskin coats and boots to visit. Duckworth Street runs parallel to Water and doubles the shopping fun. It can be quite a workout going from restaurant to restaurant reading the menus! Everything from Korean Barbecue and sushi to filet mignon and local seafood can be found on these two streets. Fish and chips to seafood pastas depending on your mood and budget.
My meetings were at the Sheridan Hotel Newfoundland. Rebranded several times over the years this hotel features a door woman, concierge and a high standard of service. My initial room had a fragrance from a recent shampooing so changing rooms allowed me both the city and harbour views and the fifth and fourth floors over my 3 nights. 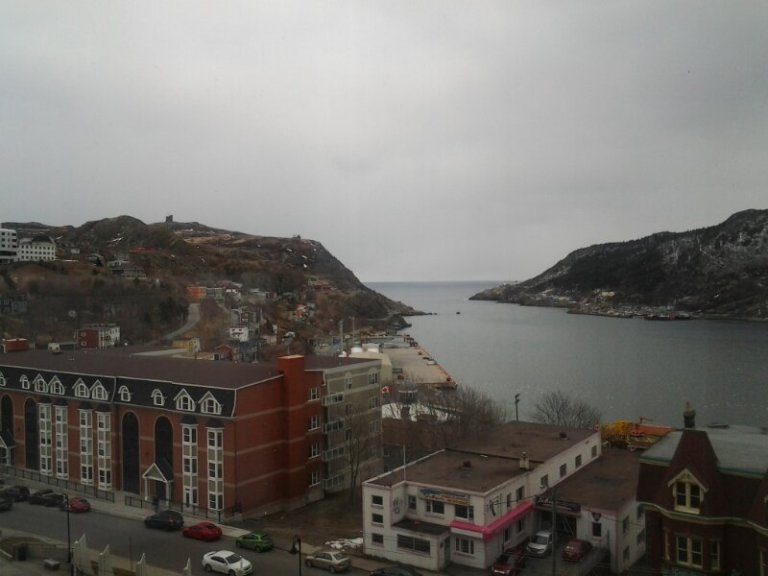 Meals for our convention were good and I had a great chowder in the bar one evening. 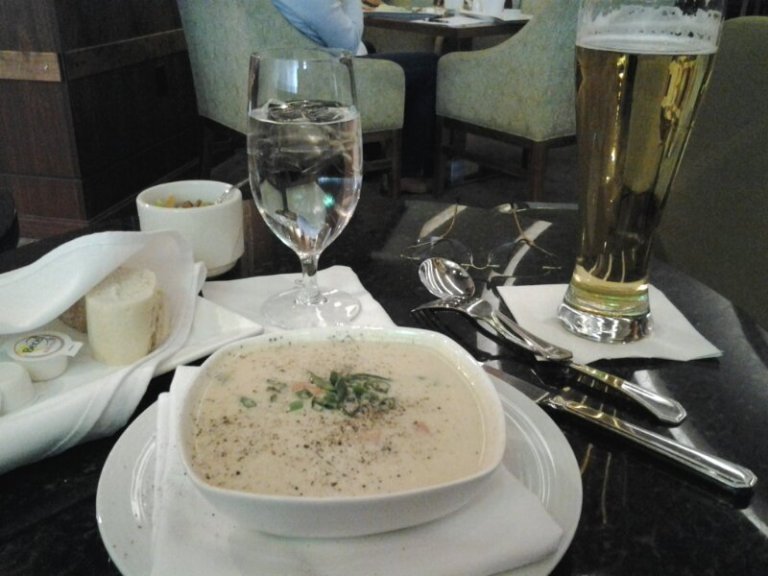 While the breakfast rates seemed high initially, service was great as was the food. A large glass of good orange juice and a carafe of coffee on each table were included where they would have been extra charges at the local cafes which didn’t open until 8 a.m. anyway. Eggs benedict, coffee and juice for $20 plus tip. Nice diningroom and professional service. Standards are kept high here.
An evening stroll towards Quidi Vidi lead me to Belbin’s groceries. Another St. John’s institution, Belbin’s does meals to go, features many products imported from the U. K. and offers home delivery for $3 to $5. Locals were picking up groceries ‘on credit’. A shopping list can be filled out and ordered and they will even put your groceries away! Maybe that’s how they’ve stayed in business since 1943. They too are now featuring Five Brothers Cheeses and have a cheese club for specialty cheeses.
Quidi Vidi also features potters and other artists, often working out of small, housefront studios. And a brewery but we’ve never made it there yet.
Across Duckworth Street from the Hotel is Devon House, home of the Newfoundland Craft Council. There seemed to be a lot of Atlantic crafts in addition to some local works on this visit. The view from the upstairs gallery is lovely. 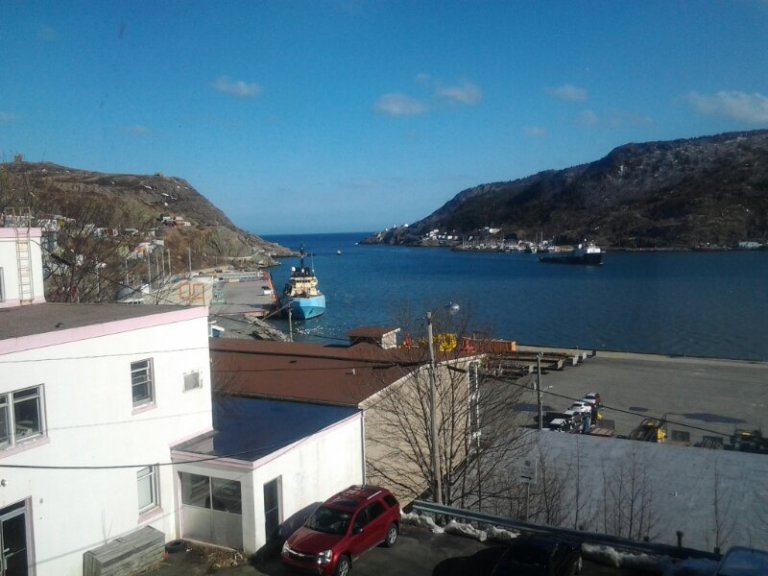 I eventually settled at the Monastary Spa and Suites on Patrick Street for the weekend. This is our runaway spot. While we only use the suites most times, this is a full service Aveda spa. Recently purchased by new owners, the service remains consistantly professional but also friendly. The spa staff had extensive training as a prelude to the official reopenning under the new ownership.
A cafe has been added and rates now include a continental breakfast. The breakfast attendant was pleasant and attentive and the spa decor is peaceful and relaxing. 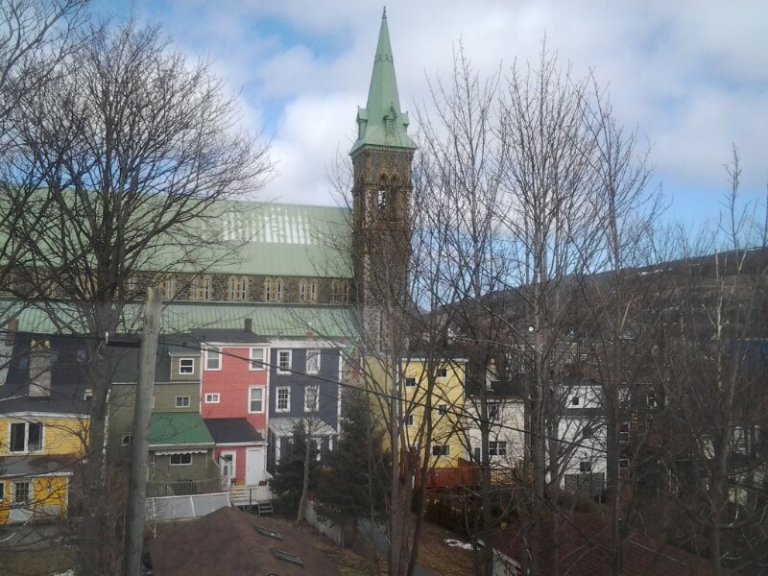 The spa is a former school and monastary and located a 10 minute  stroll from downtown. It is very quiet and comfortable. A couple of nights here is as good as a week anywhere else.
Thank you St. John’s for a great week. Cool and crisp but sunny made it easier to come home to this. Home, sweet, snowy home.