Well, they didn’t exactly wake me but when I got up to use the bathroom and saw them feeding, they certainly kept me up!
I’ve never been to the Roots, Rants and Roars Food Festival in Elliston. Two years ago I secured tickets but no accommodation and last year, rented a house in Upper Amherst Cove but RRR sold out in two days and I missed again. Having paid a deposit, we postponed our house reservations to this summer.
The west coast of the Bonavista Penninsula is the cove side. A string of outpost coves that offer excellent bird and whale watching views even from the road. Upper Amherst Cove is minutes from Bonavista and only ten minutes further to Elliston. It’s a tiny community home to a lovely restaurant, furniture maker and Brown’s Upper Amherst Cove Retreat, a lovely two story house with whales feeding in the front yard.

We drove up to Trinity on our way from Gander and admired the beautiful houses, mostly seasonal rentals or museums. Trinity is home of Rising Tide Theatre Company under the direction of Donna Butt. Rising Tide offers an outdoor Pageant as well as a full playbill of other shows. Newfoundland themes and plays are often featured as well as other shows to appeal to a broader audience. We recently saw their Harry Hibbs show when it toured the Arts and Culture Centre circuit.

We toured the Garland House Museum and had a great visit with the girl working there. This is a beautiful museum with a great collection of artifacts from the war, village life and the fishery. 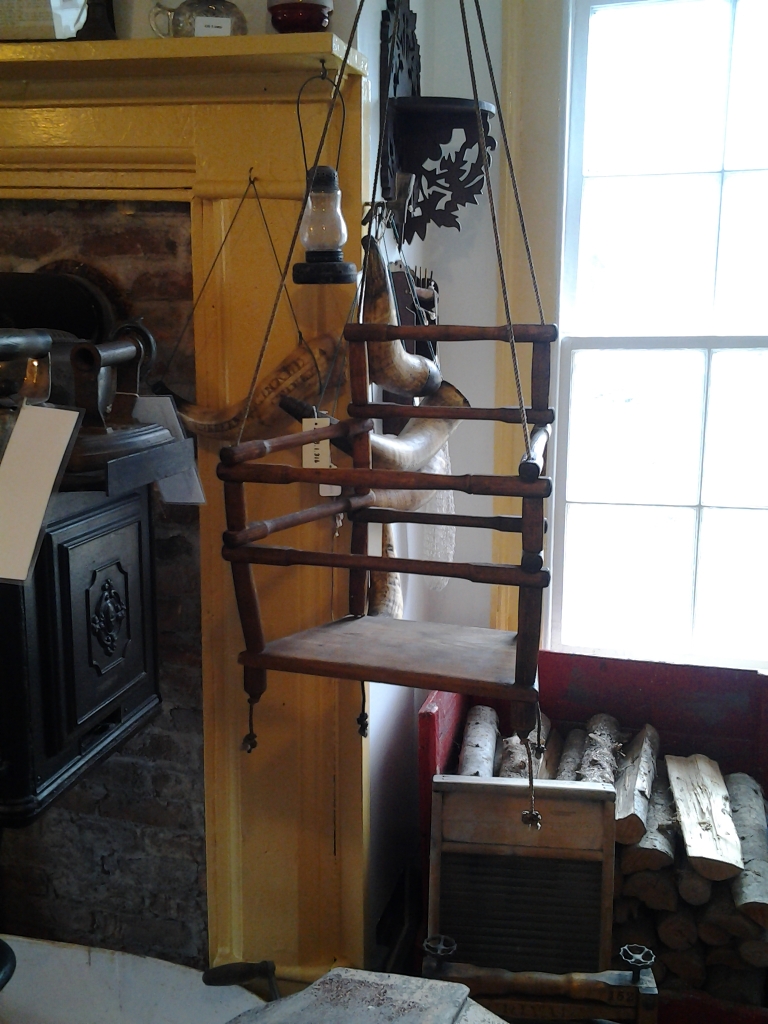 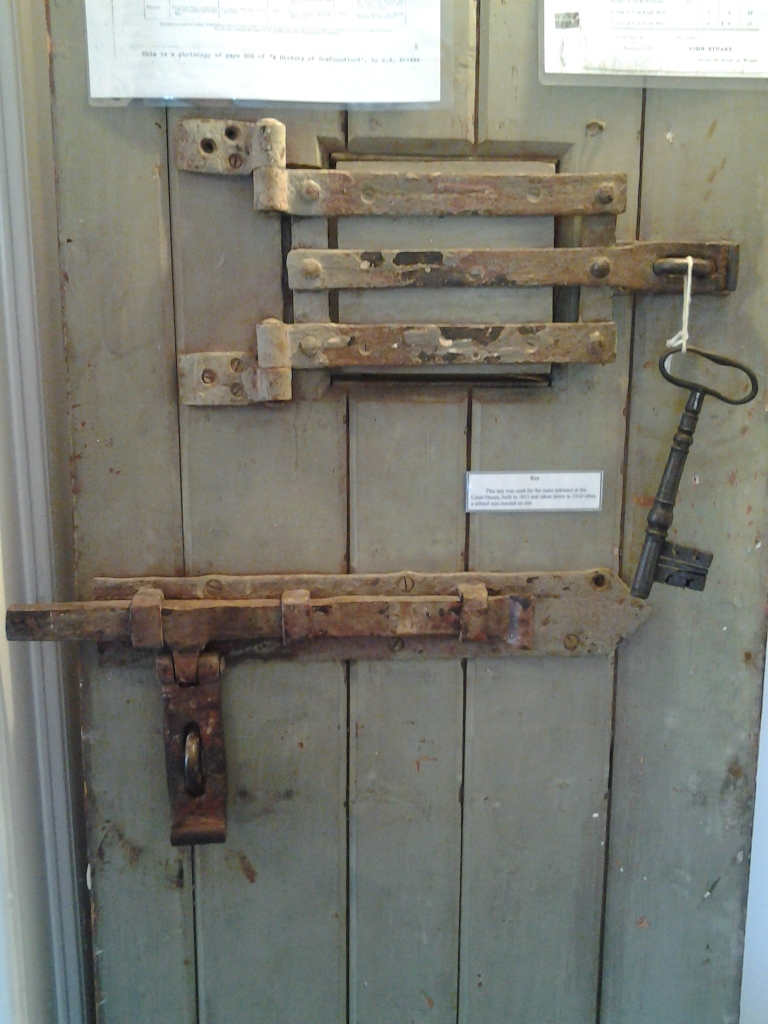 Trinty offers a variety of accommodations and adventures including whale watching in a 25 foot zodiac with Sea of Whales Adventures. Again, I’ve been admiring their Facebook page and especially like the pictures by Melanie Mast.

There are also a number of stores and shops. One, Dock Marina features very nice Newfoundland crafts and souvenirs made here. 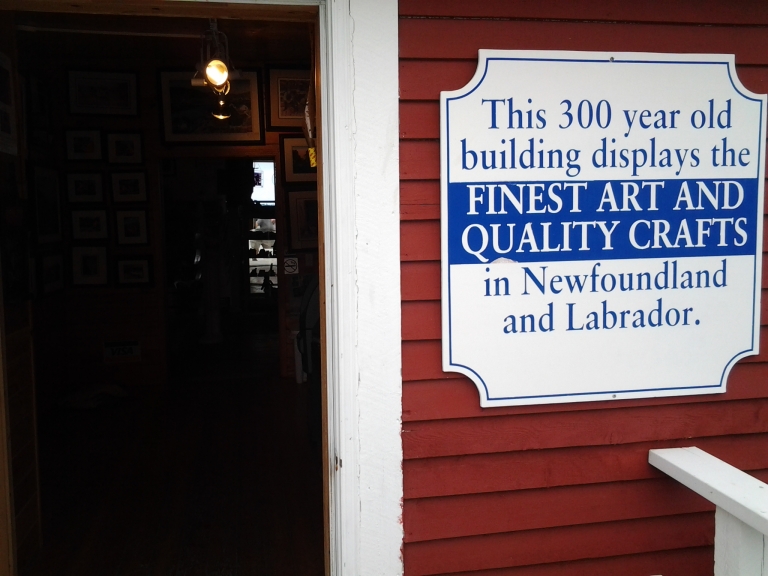 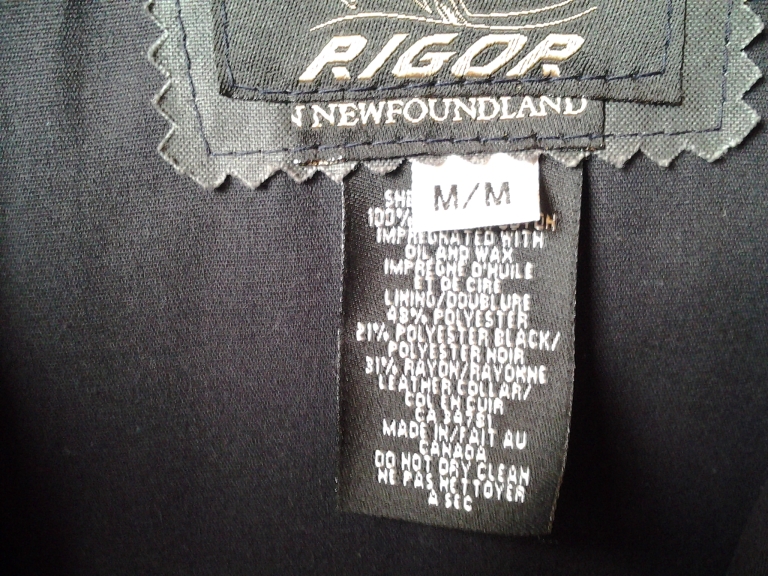 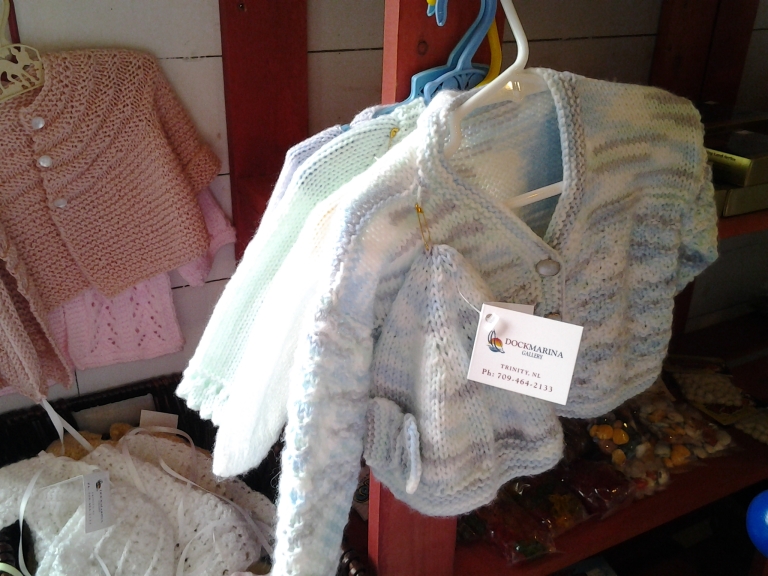 The Dock Marina featured prints and original art, weaving, knit  and quilted items and hand made clothing for all ages. There were also books and CDs and prices ranged from souvenirs for the neighbours to treasures to be passed down.

An addition since our last tour around Trinity was Aunt Sarah’s chocolate shop. I’m starting to think this free sample thing is a trick, by the way.

Twenty eight dollars later we were ready for the road.

Because we’d had a later start from home, it was close to 6:00 when we got to Upper Amherst Cove. We checked in and checked out our digs and were very pleasantly surprised. The house was lovely and welcoming with great style and the water immediately across the road.

The house was fully equipped and has two double beds and a single bed in three rooms upstairs. A full bathroom is downstairs with laundry facilities. An old house with evidence of great renovations like the pot lighting and great windows that open easily to hear the waves.

We did a quick check at the restaurant and got directions to a store to pick up some refreshments. We were directed to Bonavista but found the Red and White Store in Newman’s Cove only 5 minutes north rather than going that far. This was a full service location with beer, food, fishing paraphernalia and monuments available. We settled on beer and Crunchits for later.

Bonavista Social Club is open seasonally in Upper Amherst Cove. We’ve never managed to catch it open as we often do day trips this way in early spring. A small, family run restaurant, they specialize in wood fired pizza featuring their own garden fare.

We were lucky enough to arrive just as a table was being cleared on the ‘bridge’ or deck for you mainlanders. The restaurant was full inside so I didn’t take pictures but it was all action and the staff were great. The restaurant is not big but was very busy each night we were there.

We split a Caesar salad and pizza. Both were delicious and fresh. I was surprised the restaurant wasn’t licenced but perhaps due to the remote location, the owners don’t want the responsibility of having to remind guest they need to drive. On the deck we visited between 4 tables comparing notes with tourists, seasonal residents and locals. We were all having great summers and enjoying the many sights the great weather was allowing us to access.

A little girl at a neighbouring table was very excited when a “cluck cluck” went through the area and then two dogs appeared. Staff very quickly checked to see if we owned the dogs and removed them as they were not from the area or part of the experience.

We learned later in the evening that the dogs weren’t much interested in pizza as they had just eaten one of the chickens! Poor cluck cluck.

Our evening was definitely social, as per the Social Club’s name and it was a lovely downhill stroll past the sheepfold to get ‘home’.

In the morning, I was up early and fully distracted by the whales who came around three times when we were actually at the house. We also saw them in Newman’s Cove as we were driving home from a tour of Bonavista.

We stayed two nights in Upper Amherst Cove. Actually broke down and cooked one night and toured around the area, discovering Port Union’s atractions which I will post separately.

We had great games of cribbage, a fun night at the Social Club and thought this would be a fun house to come to with our granddaughter or a family with young children would enjoy it. They could even play with the kids next door. Just don’t touch the electric fence.

5 thoughts on “The whales woke me: Upper Amherst Cove Retreat”